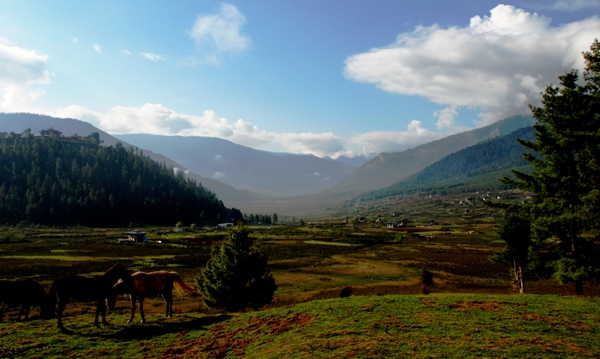 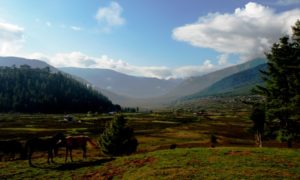 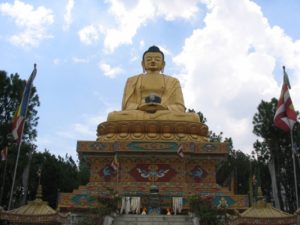 Swyombhunath Day 02 Kathmandu-Sightseeing
Today after breakfast sightseeing tour of Kathmandu city & Swoyambhunath. Kathmandu City: Kathmandu Durbar Square is one of the popular places liked by many visitors due to its exquisite architecture and artistic. embellishement. The complex of palaces, courtyards and temples, built in 1200 to 1768 A.D. with hundreds of erotic carvings used to be the seat of the ancient Malla kings of Kathmandu which epitomizes the religions and cultural life of the people. Swayambhunath: Atop a green hillock west of Kathmdnu, stands the great stupa of Swayambhunath. This is a site that is over 2500 years old marking the point where the legendary patriarch Manjushri discovered the lotus of the ancient valley lake. Boudhnath: This is the largest stupa in Nepal and one of the largest in the world located east of the valley. Pashupatinath Temple: Dedicated to Lord Shiva it is one of the most sacred Hindu shrines in the world. It lies 5 km. east of the city on the bank of the sacred Bagmati River. Thousands of pilgrims visit this temple every year during Shivaratri, the birthday of Lord Shiva. Overnight stay 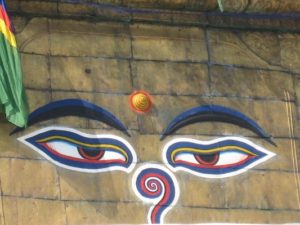 Swayambhunath stupa Day 03 Kathmandu - Pokhara (05 Hrs. drive)
After breakfast drive to Pokhara. Upon arrival in Pokhara transfer to hotel.If Kathmandu is the cultural hub of Nepal, Pokhara is its centre of adventure. An enchanting city nestled beneath the snow-crested Annapurna Massif in a tranquil valley, 200 kilometres west of Kathmandu and takes approximately 06 hours by surface, it is the starting point for many of Nepal’s most popular trekking destinations. The atmosphere on the shore of Phewa Lake is one of excited vitality as hipster backpackers crowd the many bars and restaurants exchanging recommendations on guest houses and viewpoints, both by the lake and above the clouds. Overnight stay 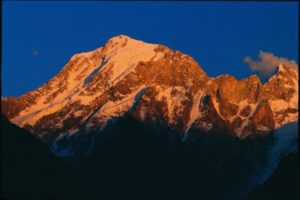 Sunrise view of Himalaya Day 04 Pokhra-Sightseeing
Morning half-day sightseeing tour of Pokhara city and one hour’s boat ride on Lake Phewa. Pokhara is a place of remarkable natural beauty. The serenity of Phewa Lake and the magnificence of the fishtailed summit of Machhapuchhre (6,977m) rising behind it create an ambience of peace and magic.Most stunning of Pokhara’s sights is the world famous views of the Himalayas, especially with the spectacular panorama of the Annapurna range which forms its backdrop.The major attractions are: Phewa Lake where one can sail or row boats. Overnight stay 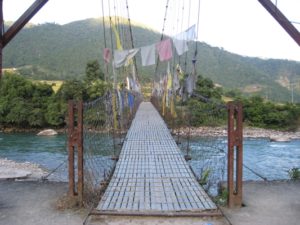 Relegious flags on footbridge Day 05 Pokhara - Kathmandu
After breakfast drive to Kathmandu Or optional you can take the flight from Pokhra to Kathmandu On arrival in Kathmandu transfer to hotel. Overnight stay

Swyombhunath Day 06 Kathmandu /Paro-Thimphu
Today morning transfer to Kathmandu airport to board the flight to Paro Kathmandu/Paro KB-800 0800-0855 hrs On arrival met and drive to Thimphu (55 km, 02 hrs drive).he modern capital town of Bhutan). Evening visit National Memorial Chorten : The building of this landmark was envisaged by the third king, His Majesty Jigme Dorji Wangchuck, as a monument to world peace and prosperity. The paintings and statues inside the monument provide a deep insight into Buddhist philosophy .Overnight stay 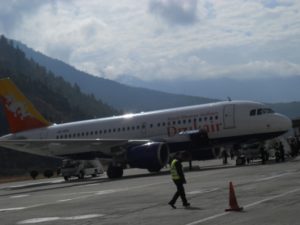 Druk air Day 07 Thimphu- Sightseeing
After leisurely breakfast proceed for a guided tour of Thimphu. Start with the visit of National Library which holds a vast collection of ancient Buddhist texts and manuscripts, some dating back several hundred years, as well as modern academic books mainly on Himalayan culture and religion. Walk a little further down to visit Painting School this school teaches the techniques of traditional thangkha paintings. On a visit, one can see students at work producing intricate design on cloth.Visit textile and Folk Heritage Museum: These museums, both of which opened in 2001, provide fascinating insights into Bhutanese material culture and way of life.You can also visit weekend market which runs from Friday afternoon till Sunday evening.Late afternoon visit Trashichhoedzong: This impressive fortress/monastery houses Secretariat building, the throne room of His Majesty, the King and various government offices. It is also the summer residence of Chief Abbot and central monk body. Overnight stay 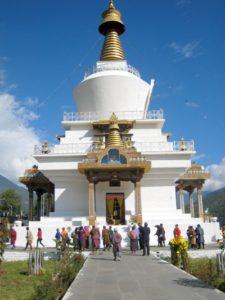 National Memorial Chorten Thimphu Day 08 Thimphu- Punakha ( Surface 03 Hrs drive)
After early breakfast, drive to Punakha enroute stop to Dochu-la pass (3,088m/ 10,130 ft) stopping briefly here to take in the view and admire the chorten, mani wall, and prayer flags which decorate the highest point on the road. After lunch visit to Punakha Dzong, Built strategically at the junction of Pho Chhu and Mo Chhu rivers in 1637 by Shabdrung Ngawang Namgyal to serve as the religious and administrative centre of the region, Punakha Dzong has played an important role in Bhutan’s history. Overnight stay 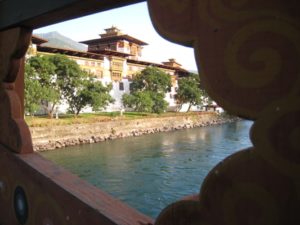 Punakha Dzong Day 09 Punakha-Paro ( 05 Hrs drive)
After breakfast drive to Paro, en route visit Simtokha Dzong on way to Paro, this is the oldest fortress of the Kingdom which now houses the School for religious and cultural studies.After checking into hotel, proceed on to visit Ta Dzong (remains closed on government holidays) once a watchtower, built to defend Rinpung Dzong during inter-valley wars of the 17th century, Ta Dzong was inaugurated as Bhutan's National Museum in 1968. It holds fascinating collection of art, relics, religious thangkha paintings and Bhutan's exquisite postage stamps.Visit Rinpung Dzong, which has a long and fascinating history. 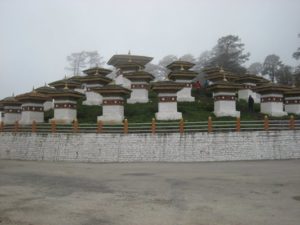 Dochu-la pass Day 10 Paro-Sightseeing
Morning after breakfast excursion to Taktshang Monastery (5hrs hike) : It is one of the most famous of Bhutan’s monasteries, perched on the side of a cliff 900m above the Paro valley floor. It is said that Guru Rinpoche arrived here on the back of a tigress and meditated at this monastery and hence it is called ‘Tiger’s Nest’. Visit Kyichu Lakhang : It is one of the oldest and most sacred shrines of the Kingdom dating back to 7th century (the other is Jambey Lhakahng in Bumthang). Overnight stay

Tiger Nest Day 11 Leave Paro
After breakfast transfer to Paro airport to board the return flight to home.

As the name suggests, this is a perfect 10 nights and 11 days package to view the best of Nepal and Bhutan. The tour is lets you go through all of Kathmandu, Pokhara, Kathmandu, Thimphu, Punakha and Paro. Gangtey valley, Kathmandu sight-seeing, Swoyambhunath, largest stupa in Nepal, the renowned Pashupatinath Temple, sacred Bagmati River, snow-crested Annapurna Massif is what ignites the souls of travelers and sets a mood for the trip. After exploring Kathmandu in a great way, the tour heads you to Paro, Thimphu and all the other cities. 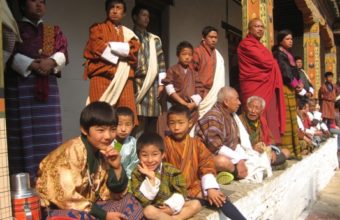 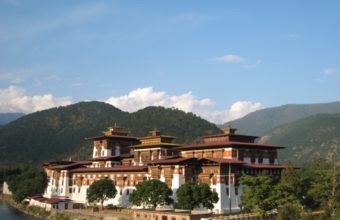 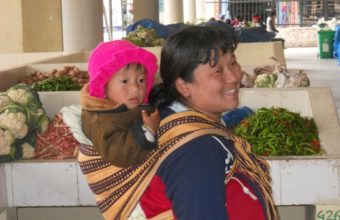