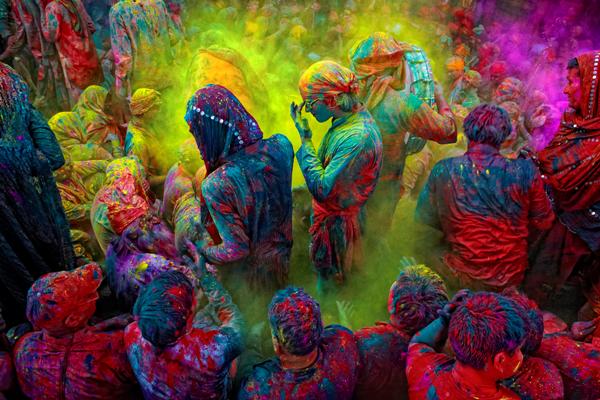 19 Mar’2016 Arrive Delhi
Our executive will receive you at the Delhi airport and escort you to the hotel for hassle free check in. Delhi is the heart of the country. Old Delhi boasts Mughal charm which shows history & cultures of Muslim India. Old Delhi was the capital of Muslim India between 17th & 19th centuries. New Delhi was built as the Imperial capital of India during British Raj. Overnight stay. 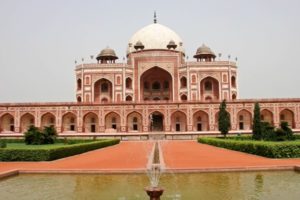 Humanyu Tomb Delhi 20 Mar'2016 Delhi-Mathura
Today morning we will start the sightseeing of old Delhi visiting Jama Masjid: India’s largest mosque which literally known as Friday Mosque. The foundation of the historic Jama Masjid was laid on a hillock in Shahjahanabad Mughal Emperor of India, Shahjahan.Enjoy cycle rickshaw ride in Chandni Chowk,Delhi’s oldest and busiest market. Drive past to Red Fort. Raj Ghat: The cremation site of Mahatma Gandhi.In New Delhi visiting: Humayun’s Tomb – This tomb, built in 1570, is of particular cultural significance as it was the first garden-tomb on the Indian subcontinent. Drive past the Secretariat buildings, President’s House and India Gate. Later drive to Mathura (145 Kms /03 hrs drive) to enjoy the Holi festival at Mathura & Vrindavan.Overnight stay

21 Mar'2016 Mathura-Vrindavan
Holi festival in Mathura and Vrindavana, where Lord Krishna spent his childhood, it is celebrated for sixteen days. Celebrations in these two cities are marked by praying Lord Krishna and special offerings. In the village of Barsana, where Radha-the console of Lord Krishna-hailed from, it is celebrated in a traditional way. People from all corners of India, rather, world gather at Mathura-Vrindavan every year to feel the essence of Holi in the land of Krishna. Overnight stay

22 Mar'2016 Mathura- Agra ( Surface 01 1/2 Hrs drive)
Today morning enjoy the Holi festival.Later leave Mathura for Agra in chauffer driven car. On arrival check in at hotel Here visit Agra Fort –Agra Fort is one of the most obvious symbols of the Mughal grandeur which asserted itself under Akbar, Jahangir and Shah Jahan.The balconies of these pavilions give clear view of Taj Mahal. Overnight stay 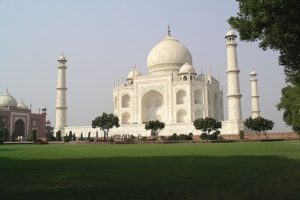 Taj Mahal Seven Wonders of the world 23 Mar'2016 Agra-Jaipur (Surface 05 Hrs drive)
Today morning visit world famous Taj Mahal by sunrise when it emerges from the night ahead of the sun whose first pale rays make it appears as it were moving. Taj Mahal built by the Mughal Emperor Shah Mahan in memory of his beloved wife, Mumtaz Mahal, who died in 1631. Later leave Agra for Jaipur & on arrival check in at hotel. Overnight stay 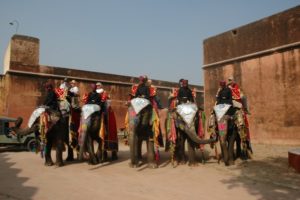 Elephants at Jaigarh 25 Mar'2016 Jaipur-Sightseeing
Here we start sightseeing with Amber Fort. You can go on elephant back up to the entrance of this romantic, traditional Rajasthani Fort. Later, back in Jaipur city you will discover the treasures of the City Palace which houses an important museum, the intricate facade of The Palace of the Winds and the fascinating observatory. Finally take a rickshaw ride in Jaipur market Overnight stay

The festival of Holi comes on the full moon day in March (phagun). It is also known as the Basant Utsav in the rural India. As this is the festival of colours, people love to drench others in coloured water. Gulaal, abeer, water balloons, pichkaris and many more are the key things of the festival.

The colourful festival is celebrated very effectively in all the states of India. Holi in Rajasthan is as much the same as of Mathura. Holi, in Jaipur, witnesses another kind of festival known as Elephant Festival. The festival features amazingly caparisoned elephants, camels, horses and folk dancers.
brother-hood during the Holi festival.

Below Prices are indicative:

Accommodation for 07 nights with breakfast; all transfers to / from airport and hotel by private air-conditioned car and driver for the duration of the journey ; English speaking local tour guides as per the itinerary, all entrance fees to attractions and monuments; assistance 24 hours

Note:Price quoted above is an approximate price per person in a double room for March’2016. 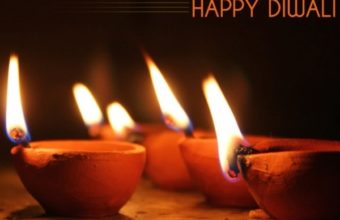 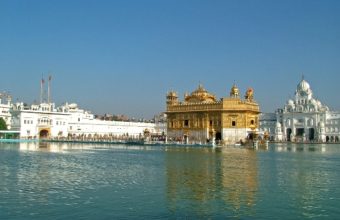